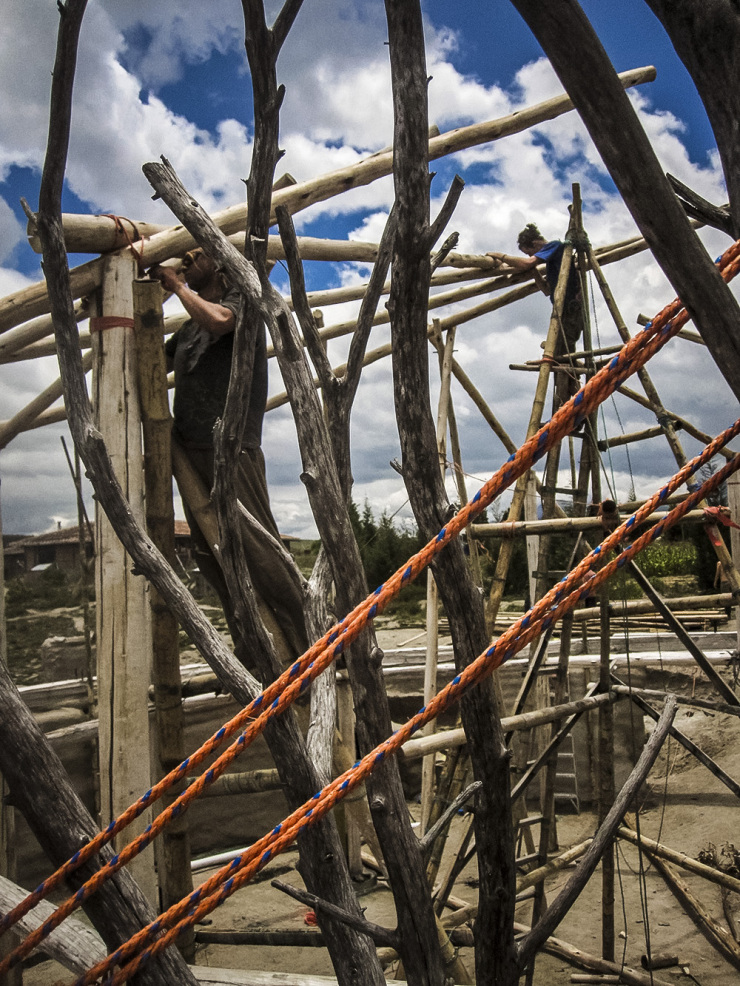 Raising the Inner Reciprocal beams took two days, it was a process of lifting the back end using a rope over the top of a column, and the tip using a pulley on the tripod. The first beam was held in place by a ‘Charlie’ stick, two poles connected at the top to create an A-frame, that can be closed or opened to raise point of the first beam. Positioning it was surprisingly quick, we got lucky. Line 3 (see previous post) on the tip of the beam had to be directly over the circle drawn on the floor, 636.6cm high… approximately. This was the height of the columns (5m) plus the pitch of the roof (106.6cm) plus a little extra (30cm) so that the final beam had space to slot under the first before we lowered the charlie stick.

We also placed support poles on beams 5, 9 and next to the charlie on beam 1 so that the charlie stick wasn’t taking all the weight and so that we could lower each a bit at a time to settle the roof. 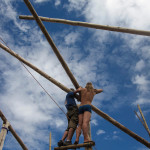 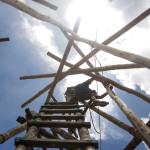