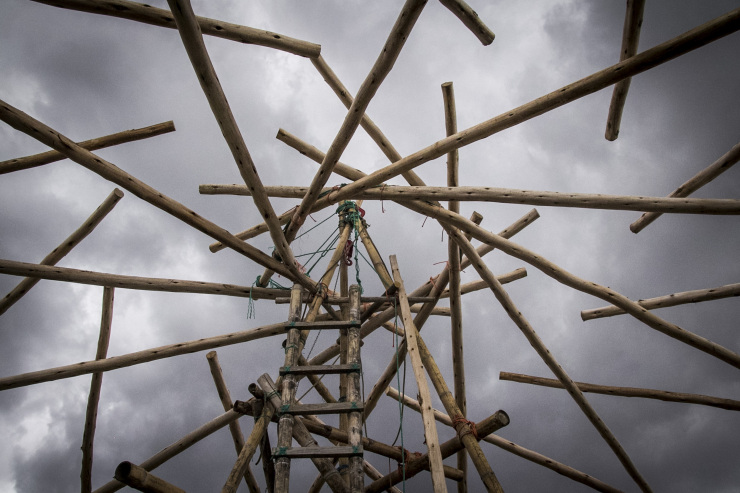 With extra supports on beams 1, 5 and 9, removing the Charlie stick was as easy as opening the legs to lower it down. The next 2 hours involved a process of lowering one support at a time to slowly lower the first reciprocal beam onto the last so that they all support each other. On beam one we had a car jack which could be lowered easily. Supports 5 and 9 required a little extra love, which involved digging an inch deep hole next to the base and kicking it in so that the other two supports took up the slack. This worked well, at all times 2 of the supports were taking the weight of the beams, so we worked around each one, lowering them a bit at a time until the first beam sat in the notch of the final beam. Then, with a little more lowering all three supports came free and the roof is reciprocally supported.

We then used one of the supports and the jack to raise the beams where necessary, allowing us to twist and reposition each beam slightly, using the level lines that were drawn on the tips during preparations to get all the notches in the right places. 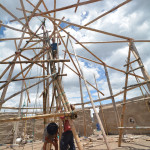 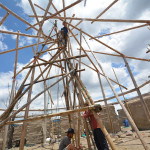 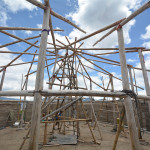 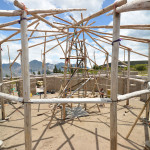 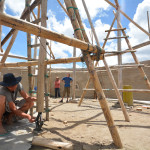 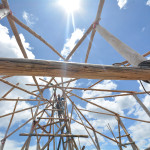 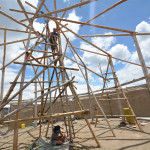 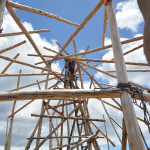 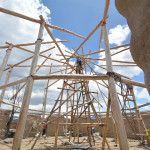 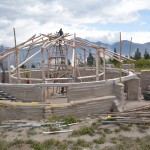 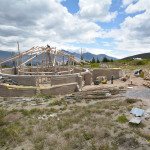 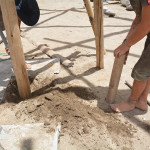 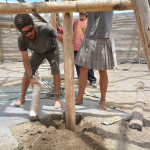 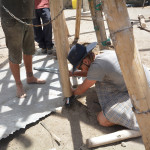 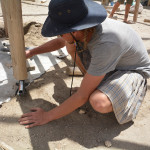 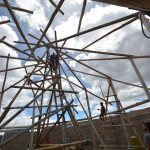 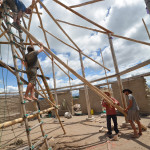 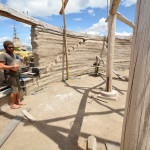 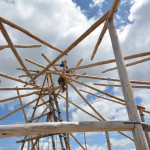