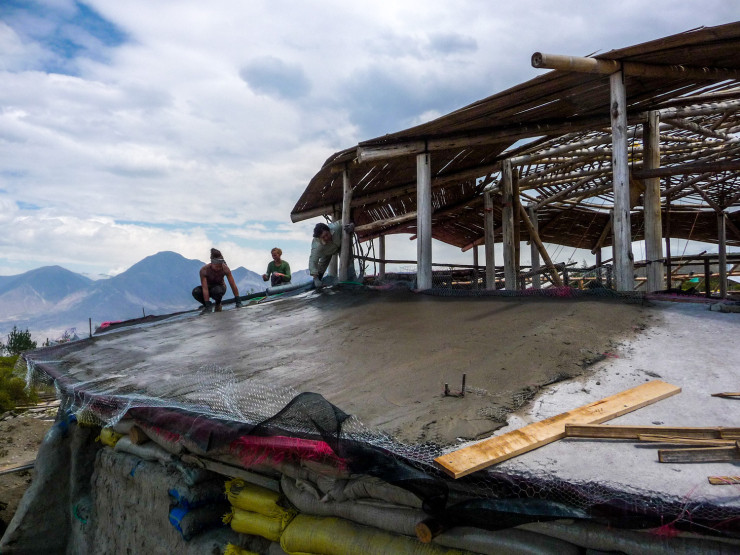 We hired the cement mixer for a week to complete the ferrocement covering of the Spiral Roof. Instead of our normal 5 hours days, our sore team worked 9 hour days to make the most of the mixer, we were taken off the meal rota to compensate. We also had help from the entire community, who came down at different times of the day to help.

Laying the concrete was so quick that we had to turn off the mixer and allocate more people t installing beams and split bamboo. The process of drilling holes, filling the nodes with concrete, nailing in the cladding, stapling multiple layers of mesh and wire took quite a while. In two weeks we went from open air to fully enclosed, lacking only the polish coat to the ferrocemtn which will be added later.

The biggest challenge by far was curing the concrete. Laying thin concrete in harsh sun and wind is not advisable, we would have happily worked at night but not everyone liked the idea of becoming nocturnal. Instead we covered the concrete with every blanket we could find, and installed drip irrigation to keep it all wet. More on this later. 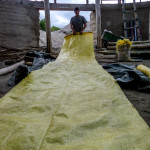 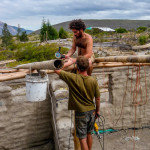 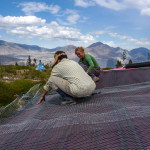 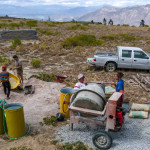 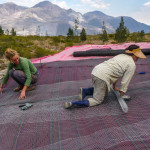 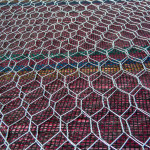 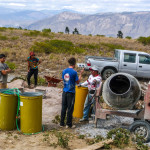 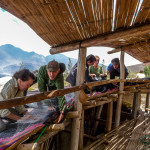 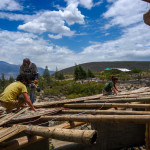 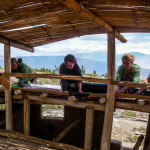 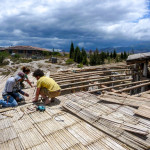 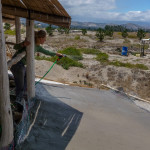 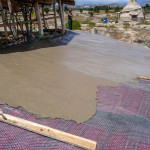 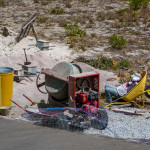 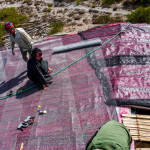 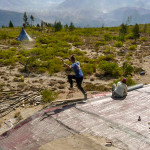 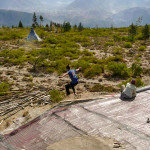 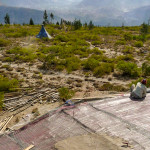 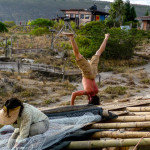 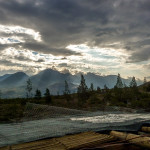 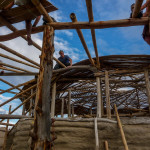 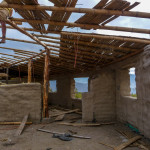 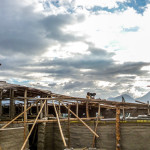