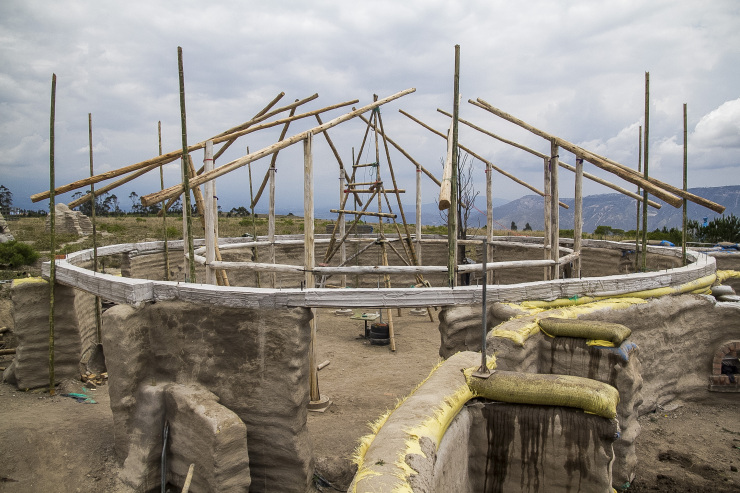 We’re going to make a double reciprocal roof, like this one (wikipedia) but with extra columns supporting the inner reciprocal beams. This way if any element fails the weight can be taken by a neighboring column until things can be fixed.

In order to do this we raised the outer beams first, using a joint that allows the ends to move up and down (like a seesaw). The back end is held in place temporarily with bamboo whilst we raise the inner reciprocal beams. Columns will be added later down to the concrete bond beam instead of the bamboo, but we don’t know their length until the whole thing is built so they’ll have to wait. 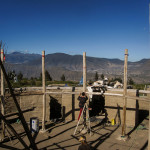 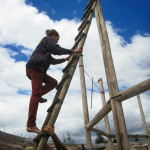 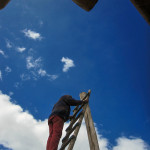 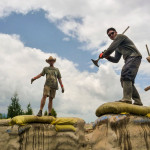 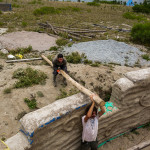 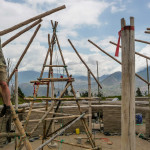 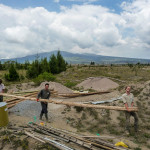 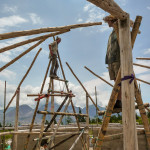 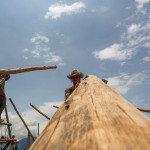 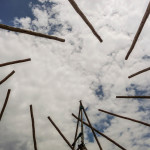