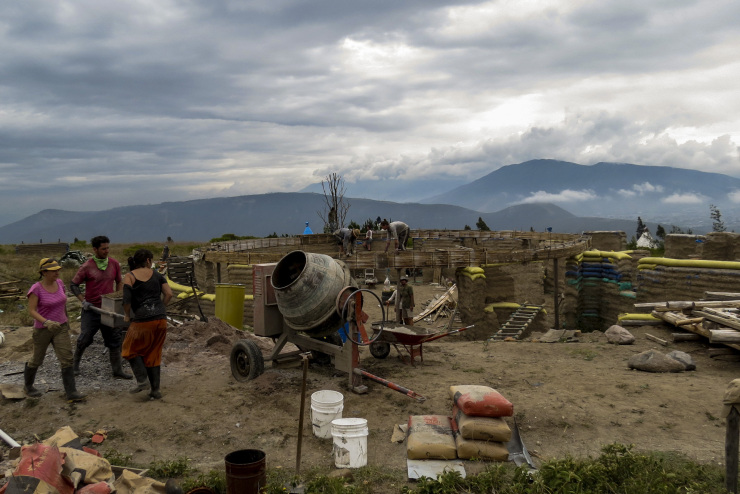 The whole community came down to site for a full day of concrete mixing, and we were lucky enough to have clouds for once. It was very well disorganized but everybody found something to do. we started with two groups of 2 on ladders at one side of the circle (we only have 4 ladders) and went in opposite directions around the circle until we met up again 8 hours later. The bamboo box held up very well, and although it was tedious to build, the fact that it wasn’t rigid meant that we could shake, tap and vibrate it to help tamp the concrete easily.

We even had time at the end of the day to lay a concrete sub floor in the storage room, which will come in very handy later when leveling, marking and cutting the wooden beams. We rushed a little but its more or less level (it was dark when we finished). 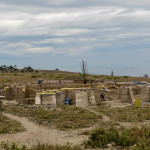 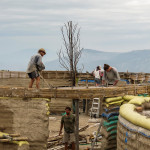 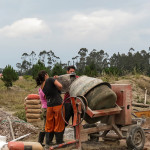 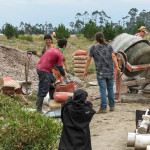 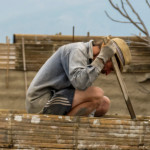 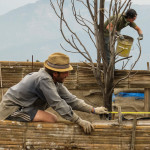 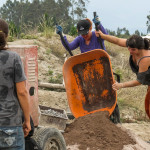 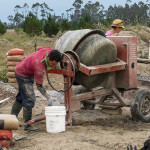 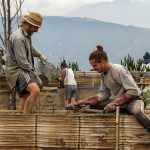 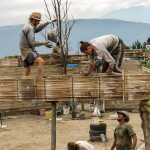 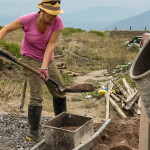 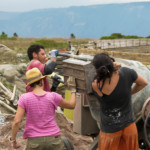 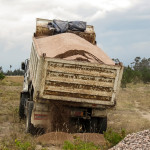 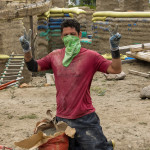 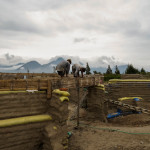 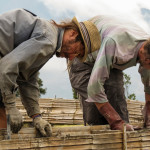 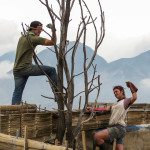 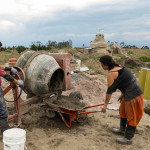 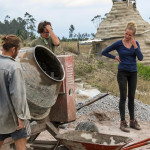 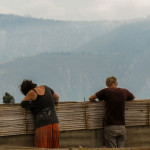 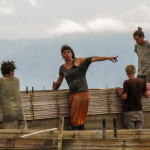 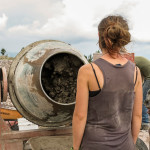